The Little Church in the Vale is governed by a team of Elders. Our Elders are the pastor-shepherds of the congregation. 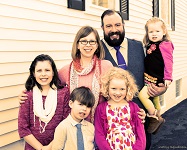 Andrew Shanks is the Lead Pastor at The Little Church in the Vale. He began his ministry at Little Church on October 1, 2017, following the retirement of Pastor Bob Sandham. Andrew comes to us from Martinsville, Virginia where he pastored for nearly a decade. Andrew and his wife Laura have been married for 19 years and have four children: Julienne, Evangeline, Ransom, and Sophia. Since moving to the Cleveland area, Andrew has adopted wholesale all of the Cleveland sports franchises, but he is most excited about cheering on the Guardians. He holds the Master of Divinity from Gordon-Conwell Theological Seminary and the Doctor of Ministry from Southeastern Theological Seminary. 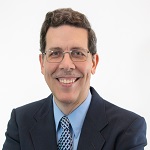 Bill Beers serves as the chairman of our elder team. Bill and his wife Carolyn have been members of the Little Church in the Vale for over thirty years. They grew up on farms in South Dakota and moved to the area after Bill completed his doctoral work at Iowa State University. Their three children, Christopher, Rebecca, and Elizabeth, grew up in the church and are now active leaders in their own local churches. Bill has had a successful career as a chemist developing new materials in the lighting industry. He will also gladly talk about gardening, home projects, and grandchildren, which occupy his spare time.

After serving for 17½ years as our pastor, Bob Sandham retired in 2017 and rejoined our elder team as a lay elder in 2018. He graduated in 1980 from Gordon-Conwell Theological Seminary with the Master of Divinity degree and has pastored five churches over the course of his career. He and his wife, Kathy have seven grown children. Their family has been involved in all aspects of community theater projects, including acting, managing, props, sets, photography, directing, costuming, sound, and lights. Kathy loves the kids and grandkids and does theater photography. Bob builds and plays guitars and loves to listen to the Indians games while in his workshop. 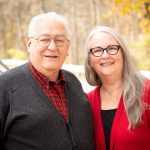 Mark Marino has walked with the Lord since 1980. During that time he participated in a fifteen year apprenticeship under the direction of his pastor while living in Northwest Ohio along with taking Bible correspondence courses through Moody Bible Institute and Fort Wayne Bible College. Mark enjoys Bible research and curriculum design,  and has provided pulpit supply in NE and NW Ohio. His greatest joy is one-on-one discipleship. Since his retirement in 2008, Mark moved from being a full-time building contractor to providing one-on-one discipleship to men, four days per week. He and his wife Sherrill have two adult children and eight grandchildren. They have lived in Willoughby, Ohio since 1997 and have been attending The Little Church in the Vale since 2018. 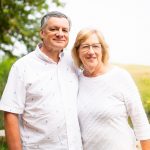 Dennis grew up in western New York and came to faith through a Navy outreach ministry in the Chicago area. He met and married Heather in 1978 while stationed in Connecticut. In 1995, after serving 20 years in the Navy, Dennis moved the family to Lake County, Ohio, where he worked as boiler operator in a nuclear power plant. The Flacks have 6 adult children and 13 grandchildren. They have been active members at Little Church since 2017.